Mr. Ballard took an elective philosophy class in college that was an introductory course in logical argumentation. It had a profound impact on him as he quickly noticed the usefulness of training in formal logic, but also noticed that this sort of training is completely missing from most students' education. He became passionate about doing his part to expose as many students as possible to the benefits of training in logic and critical thinking. 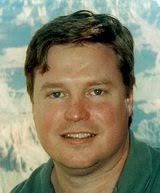